Return the power to We The People by defunding the lobby oligarchs that seem to control our government.  We need to shift the politicians’ focus back to what New Yorkers want and need.  We need to remind our representatives that our government is there to protect our Constitutional rights.  Here are several simple things you can do to defund the powerful corporate lobbies.

Take the power away from the lobbyists that control our government by defunding them!  How?

Here are 5 simple ways to do that:

1. Buy LOCAL…  Support small, mom & pop shops and restaurants.  THAT’s who needs your money – not Jeff Bezos.  Get off Amazon!  Sure, Amazon makes life a little easier, but every time you buy something off Amazon, you are putting a local shop out of business.

2. Get OFF Facebook, Twitter, Instagram:  These social media platforms are anti-freedom, and anti-American.  They promote this horrific America-last agenda that is permeating our federal government and New York State policies.  Just by having an account on one of these social media sites, you are supporting tyranny because their advertisers pay them based on the number of people that are on those sites.  Even if you don’t buy anything through them, those sites are making money off you just by you having an account.  SO… delete your FB, Twitter, IG accounts and patronize freedom-loving social media platforms instead. There are so many now a days!

3. Let your voice be HEARD:  The one and only thing that most politicians care about is getting re-elected.  If your NYS Senator and NYS Assembly member know that enough of their constituents are against a certain proposed legislation, they will absolutely think twice about voting for it.  And conversely, if your representatives know that enough of their constituents are for a certain bill, they will likely vote in favor of it.  A sitting Congressman recently said in a radio interview that what politicians fear most is a well organized citizen group.  Why? Because they know that a well organized group of citizens have the power to remove that politician from office.

4. Stop using Google: Although it’s popular, Google is another company that is anti-free speech, and anti-American. It’s reported that they track your internet movements and sell your personal data for a profit. So, by using Google to search the internet, you are supporting Google and making them money. Not only that, but their search results are biased and tell a one-sided story that they want you to hear. Use other search engines instead! 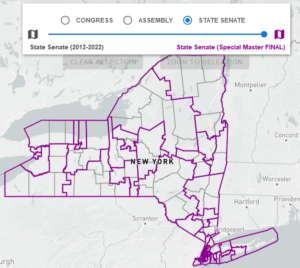 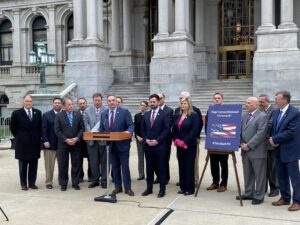 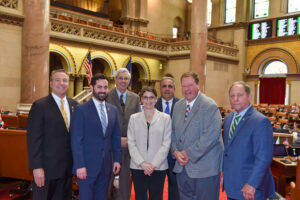 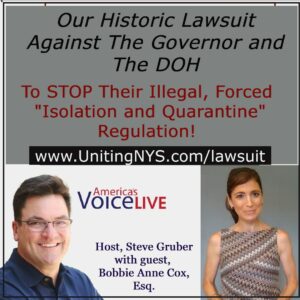 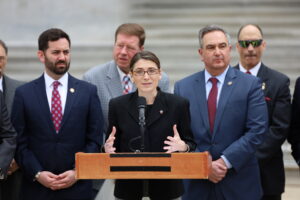 Lawsuit Update… We Have a BIG Win! 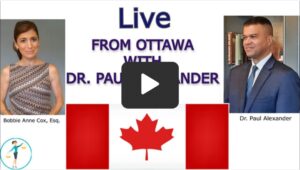 Dr. Paul Alexander on The Frontline-Interview 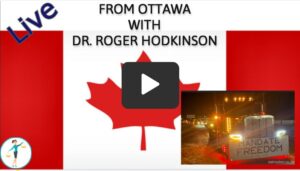